In the second free title update scheduled for the end of September, it has been announced that the Espinus subspecies will appear. Espinus is a monster that appeared in Monster Hunter Frontier (hereinafter referred to as Frontier), and the same is true. Although it is a subspecies, the monster reprint from the second Frontier has been decided in Sambreak.

The Espinus variant in the Frontier was a monster with a strong acid, unlike the original species, and instead of paralyzed poison. When a breath attack with acids is received, the hunter's defense is down. In addition, there was a powerful breath attack that could be said to be a special move, and it had a wide and instant death class power. On the other hand, like the normal Espinus, it was characterized by a leisurely sleeping.

Users seem to be excited by the sudden announcement of the Sanburake official Twitter account. In the official live broadcast the other day, Ryozo Tsujimoto, a producer of the Monster Hunter series, suggested that some subspecies monster appeared with a decoration that seemed to mimic an espinus on his arm. This is the shape that was confirmed as an Espinus subspecies. 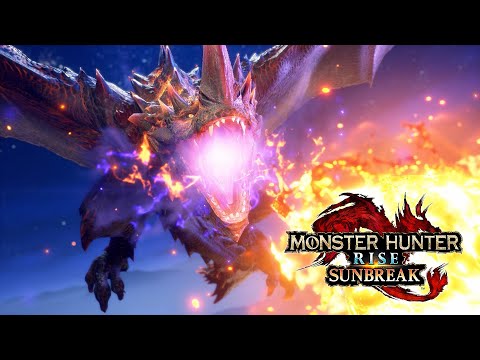 Monster Hunter Rise: Sunblake is being distributed to the Nintendo Switch/PC (Steam) version. The second free title update will be distributed at the end of September. From today, an event quest that can obtain a special layered armor production material has been distributed.

Labels: Capcom announced an additional Frontier was a monster